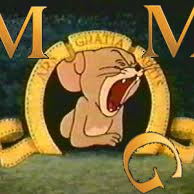 SIP-Sims in Paris made some lovely rooms and this living room was one of my favourites. In total I made 60 recolours. The plain recolours have pillows with embroidered or cross stitched images I found on the internet. The patterned recolours I kept the pillows all plain.

Please note that the recolour of the coffee and end table are in their own file. The mesh file has also been uploaded as a separate file.

I hope you and your Simmies enjoy these new recolours.

These files have been moved to FS and also include the meshes needed. Dec19/19